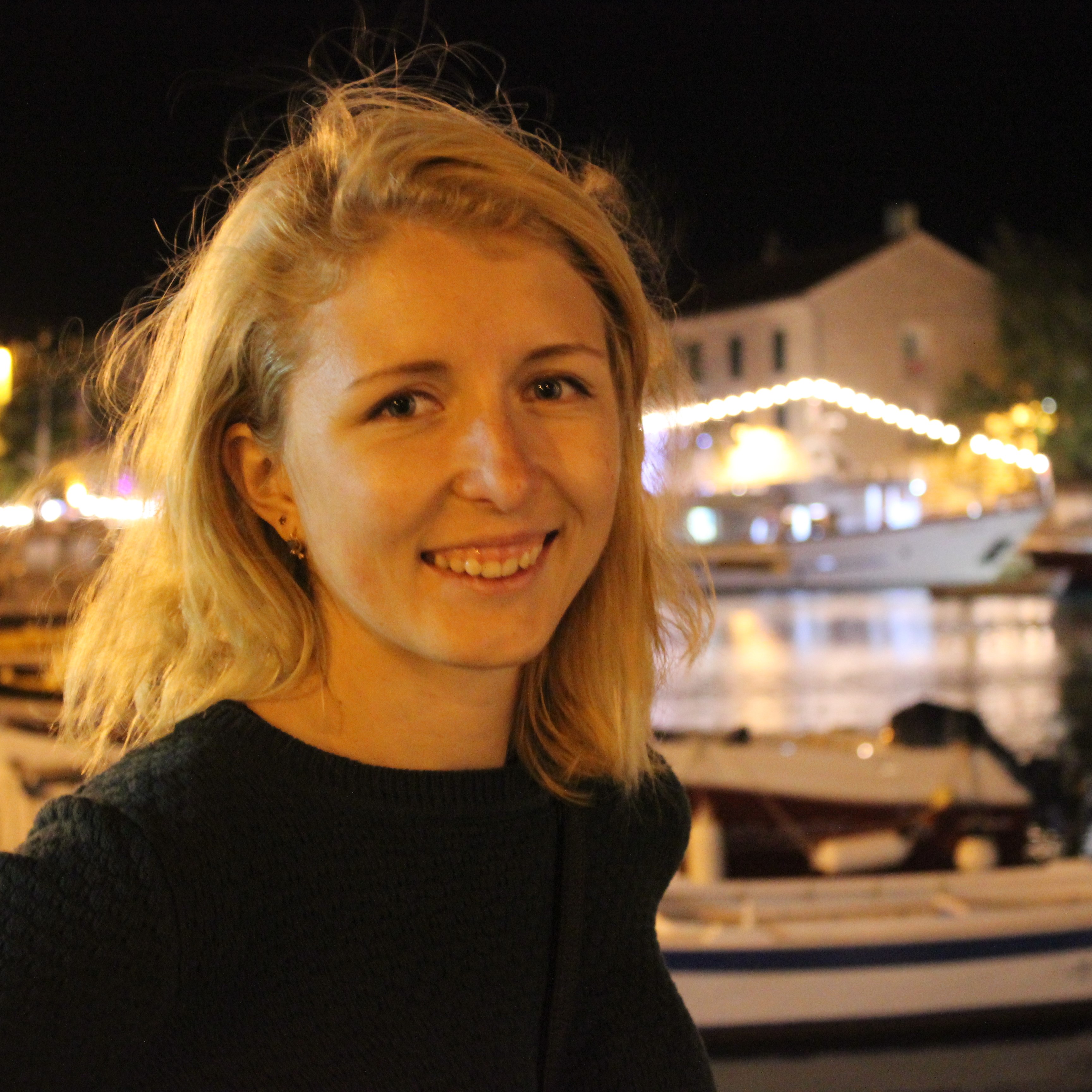 Sandra was born and raised in Tallinn, Estonia. She originally joined the group in 2017 as a graduate research trainee, studying the mechanochemical synthesis of cucurbituril-type macrocyclic hosts as a part of her PhD project. She completed her PhD at Tallinn University of Technology in 2019, under the co-supervision of Prof. Riina Aav and Prof. Kari Rissanen (University of Jyväskylä), after which she returned to McGill as a postdoctoral researcher, working with Prof. Karine Auclair and Prof. Tomislav Friščić to explore new mechanoenzymatic reactions. In her spare time, she enjoys photography, creating scientific illustrations, running and cross-country skiing. 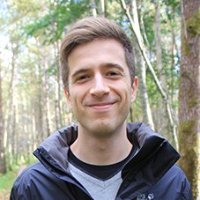 Filip Topić joined our group as a Banting Fellow after completing his PhD at the University of Jyväskylä in Finland under the supervision of Dr. Kari Rissanen. He obtained his M.Sc. and B.Sc. from the University of Zagreb. Filip's works focuses on the interface between supramolecular chemistry and crystallography such as halogen bonding and cocrystals. 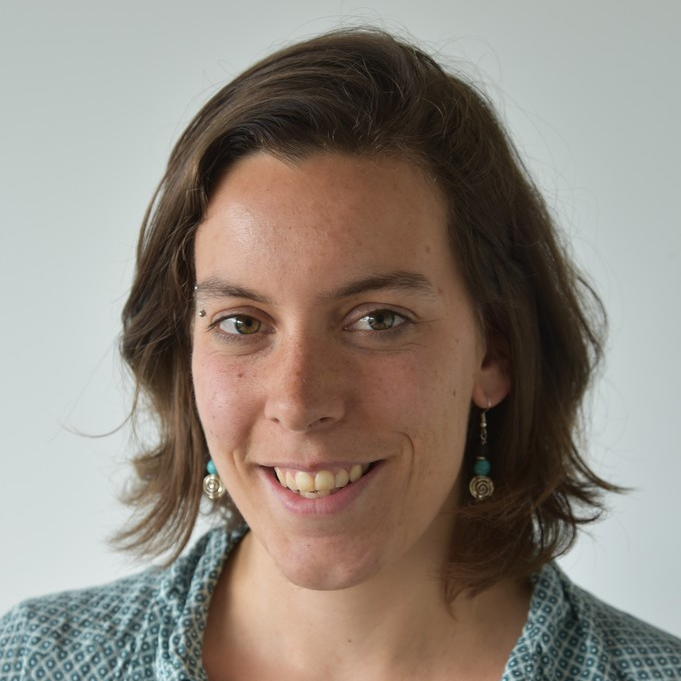 Luzia was born and raised in Interlaken, Switzerland. Luzia obtained her Bachelor and Master degree from the University of Bern, Switzerland. She first visited the Friščić group in 2016 as a graduate research trainee, studying the mechanochemical formation of metal-organic frameworks and cocrystals as part of her PhD project. She completed her PhD at the Max Planck Institute for Solid State Research in Stuttgart under the supervision of Prof. Robert E. Dinnebier in 2019, studying solid state reactions of molecular functional materials by in situ X-ray powder diffraction. Luzia joined the Friščić lab in October 2019 with an early Postdoc mobility fellowship from the Swiss National Science Foundation to explore the mechanochemical formation of cocrystals and molecular functional materials using different in situ techniques. In her spare time, she enjoys swimming, hiking, gardening, and art. 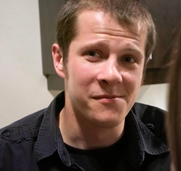 Igor is a Postdoc hailing from a small town in Bosnia who recently finished his PhD in the Friščić group. He did his B.Sc. and M.Sc. at the    University of Zagreb, Croatia under the supervision of Dr. Sc. Vladislav Tomišić. His research interests lie mainly in the field of solid state chemistry and crystallography. His current project involves the separation of metal oxides by ageing reactions. In his spare time he likes to read, bike, hike and annoy people. 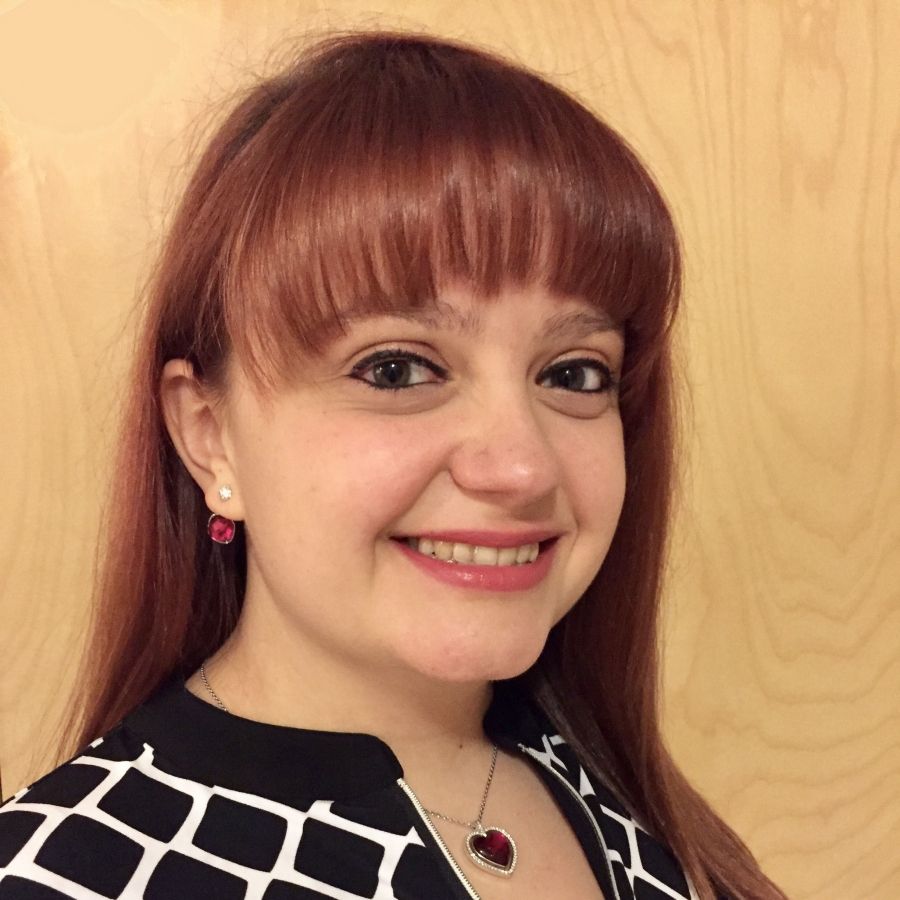 Born and raised in Montreal, Cristina completed a B.Sc. at McGill in Chemistry in 2011, during which she worked as an undergrad in the labs of Dr. Ralf Schirrmacher, Dr. David Thomas, and Dr. Ashok Kakkar. She began working on her PhD in the Friščić Group in September 2011, focusing on developing accelerated ageing and mechanochemistry for the solid-state synthesis of zeolitic imidazolate frameworks (ZIFs). Since 2016 she works as Postdoc and serves as a CEO of ACSYNAM, a spin-off company of McGill University. She enjoys skiing, skating, reading, and salsa dancing in her spare time, and is an avid movie buff. 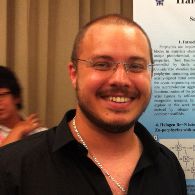 He received his B.Sc. in Chemistry (2008) from the Hebrew University of Jerusalem and his M.Sc. (with Honors, 2011) and Ph.D. (2016) degrees from Tel Aviv University under the supervision of Prof. Israel Goldberg. In 2016, he joined the group of Prof. Robin D. Rogers at McGill University as postdoctoral research associate in the Department of Chemistry, and in 2017 he joined the Friščić group. His research interests are currently focused on designing and developing new green synthetic methods for solids materials. In addition, he is the manager of the X-ray facility in McGill. 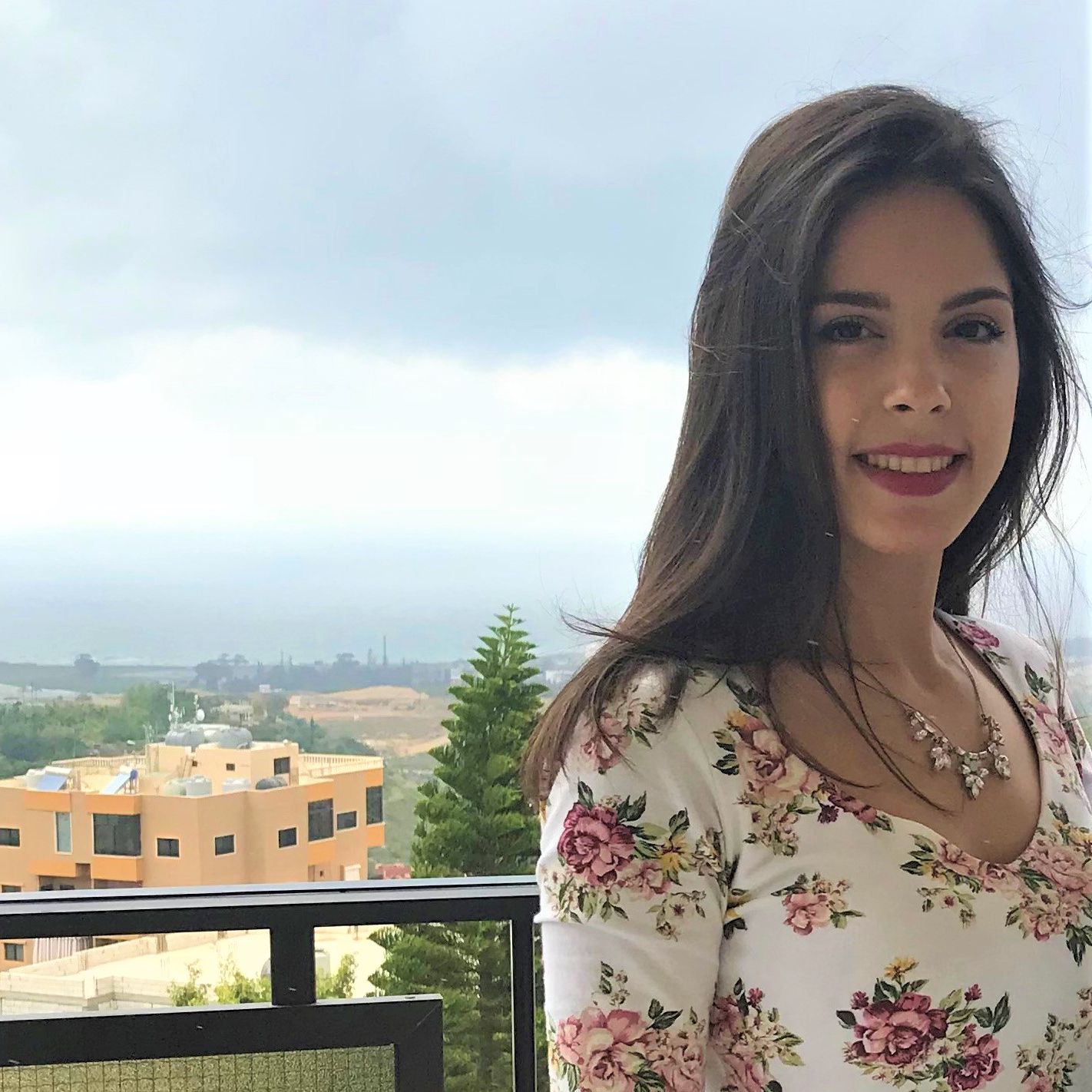 Linda was born and raised in Lebanon. She obtained her Bachelor and Master degree in Chemistry from the American University of Beirut. Her work was focused on understanding the self-assembly behavior of Pluronic copolymers and their application as a vehicle for drug delivery and fluorescence sensing. In 2020, Linda started her PhD studies in McGill, where she joined the group of Prof. Tomislav Friscic. Her research interests are currently focused on mechanochemistry and developing novel boron-based clusters for various applications. In her spare time, she enjoys cooking, singing, and reading.

Louis is originally from the suburbs of Boston, MA. He got his first taste of chemistry when he used a gummy bear to make fireworks in junior high and plated a penny with zinc in high school. His love for chemistry and a need for a change of scenery drove him to come to McGill where he graduated with a B.Sc in Chemistry and Pharmacology. He originally worked in (bio)chemical kinetics of nanomaterials but quickly realized that he enjoyed making the nanomaterials more. He first joint the group in 2013. Currently, he is a PhD student, co-supervised with Prof. Louis Cuccia working on the synthesis of chiral cage structures. When he not in the lab shaking up something awesome with nickel, olefins, or ruthenium, he is probably playing chess, reading, planning his next (bow)fishing trip, or trying to learn a new language. 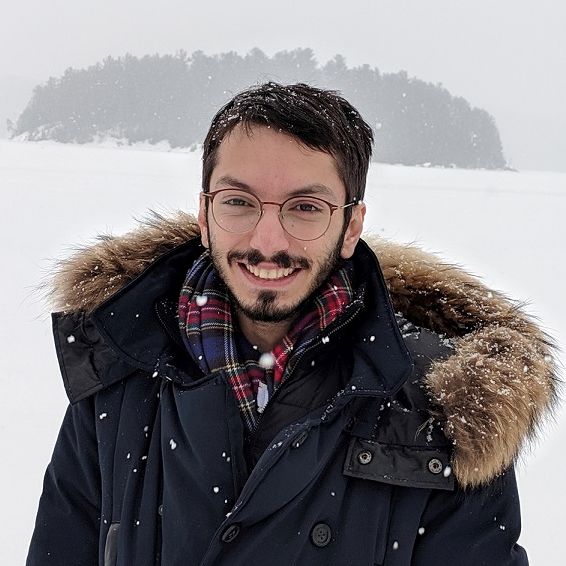 Farshid was born and raised in Iran. He graduated from Shahid Beheshti University at Tehran in 2016 with a B.Sc. degree majored in Chemistry. Then he moved to Montréal to obtain his M.Sc. in Inorganic Chemistry at Concordia University under the supervision of Prof. Ottenwaelder. Currently, he is a PhD student co-supervised between Prof. Friščić and Prof. Ottenwaelder working on solid-state catalysis in organic reactions and tries to obtain mechanistic insights. 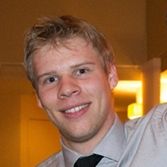 Patrick was raised in Fort Collins, Colorado. He returned to his Canadian roots with a B.Sc. in Honours Chemistry with a Political Science minor from McGill University and graduated in 2013. After working for Pr. Friščić for over a year as an undergraduate, Patrick decided to continue his research with a PhD. He is currently working on solid state syntheses of metal organic frameworks and organometallics as well as developing advanced undergraduate laboratory experiments. He loves spending time outdoors camping, hiking, or skiing when not catching up with friends over a cold pint. 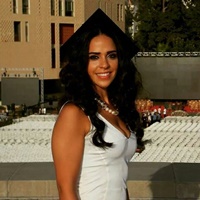 Ghada was born and raised in Lebanon. She obtained her B.S from the Lebanese University in 2011 then completed her Master’s degree with a speciality in the analytical and environmental Chemistry in 2014 at the American University of Beirut. She is currently a PhD candidate in the Friščić Group working on the synthesis of new salts and co-crystals of the active pharmaceutical ingredients “cimetidine” and “chlorhexidine” as well as on solid state synthesis of zeolitic imidazolate frameworks (ZIFs) using mechanochemistry. 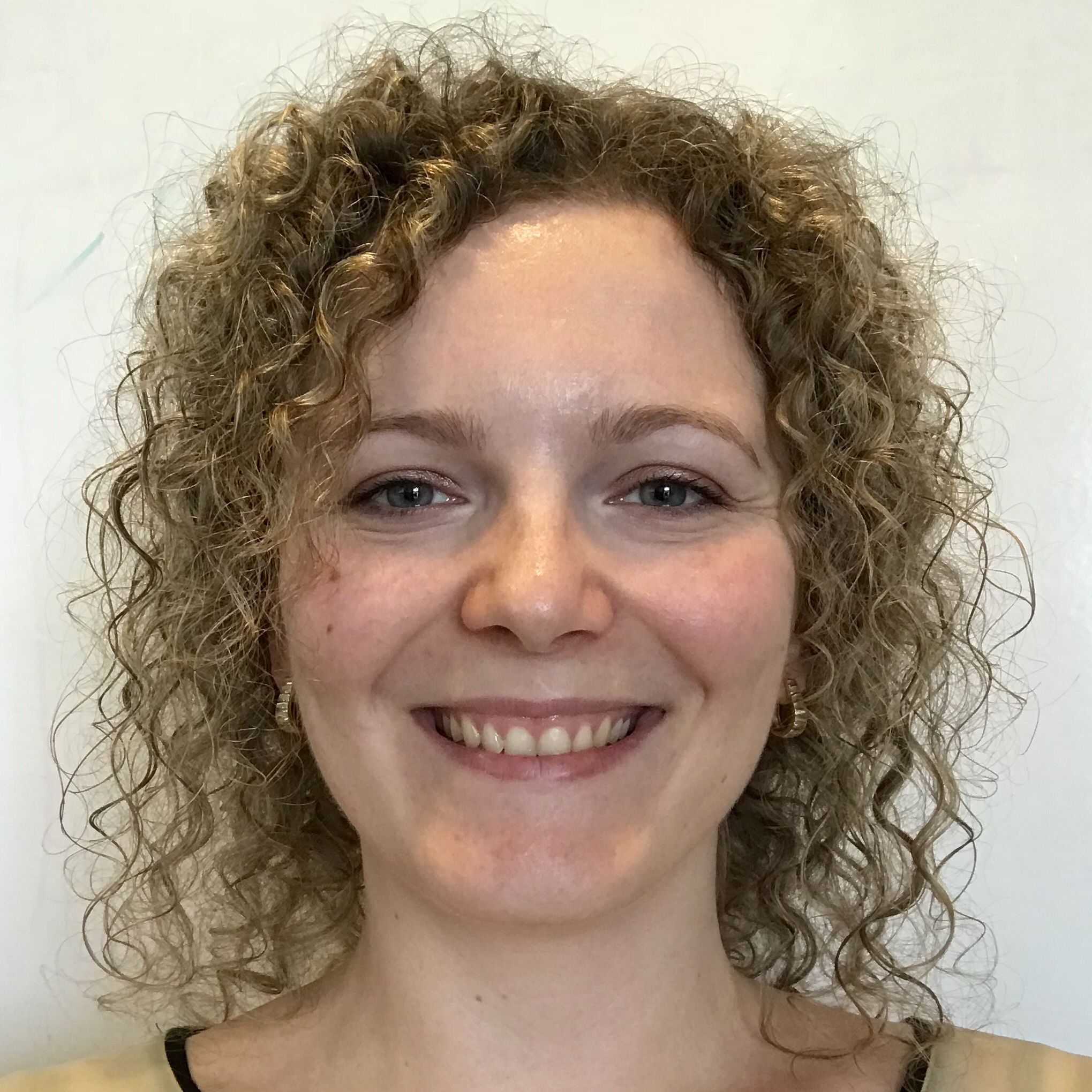 Ivana was born and raised in Split, Croatia. After finishing her B.Sc. and M.Sc. at the University of Zagreb, she joined the group of Prof. K. Travis Holman at Georgetown University in Washington, DC as a Kunin PhD Scholar in 2013. Ivana is co-supervised by Profs Friščić and Holman and works on the solid state synthesis and study of porous materials, spending the summers at McGill University, and the rest of the year at Georgetown University. In her spare time, Ivana enjoys ballroom dancing, baking, board games, and science outreach. 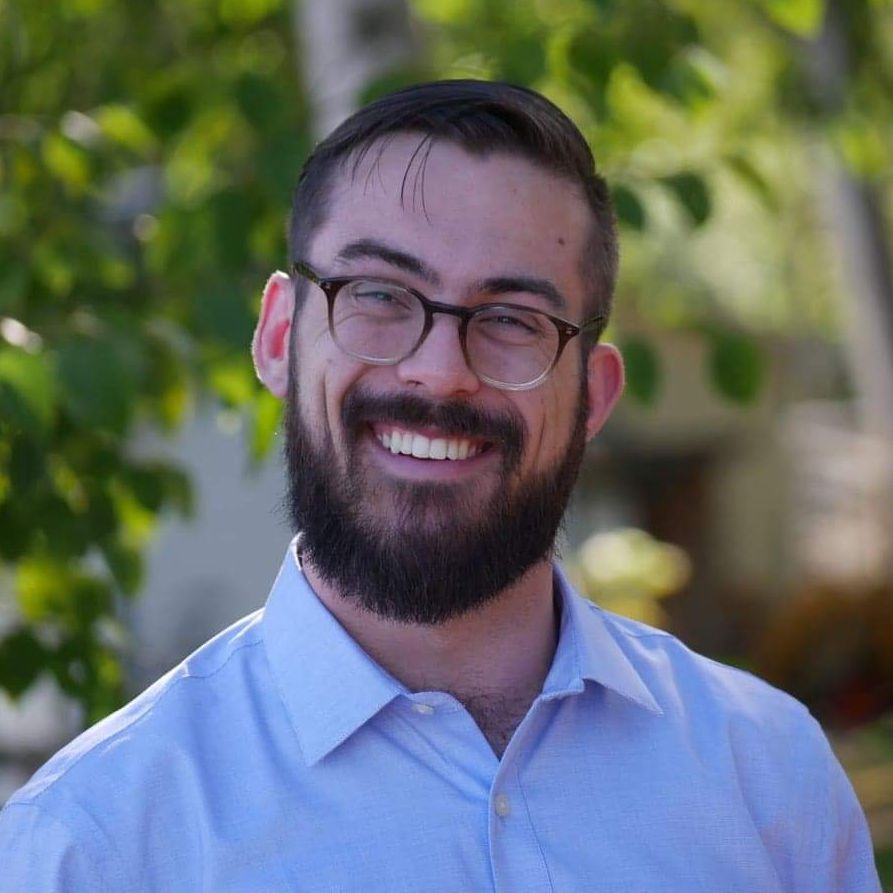 He obtained his BSc. majoring in nanoscience with a focus on inorganic and materials chemistry from the University of Guelph, where he completed an honours project focusing on solvent-free synthesis of nickel complexes. He then joined McGill University in September of 2016, starting his M.Sc. under Prof. Audrey Moores focusing on the phosphorylation of cellulose nanocrystals in the solid state. Won over by the community and research around him, he transferred to his PhD, co-supervised by both Prof. Audrey Moores and Prof. Tomislav Friščić and is currently working on the synthesis of novel metal and semiconductor nanoparticles in the solid state. Outside of the lab he enjoys drinks with friends, playing guitar, and photography. 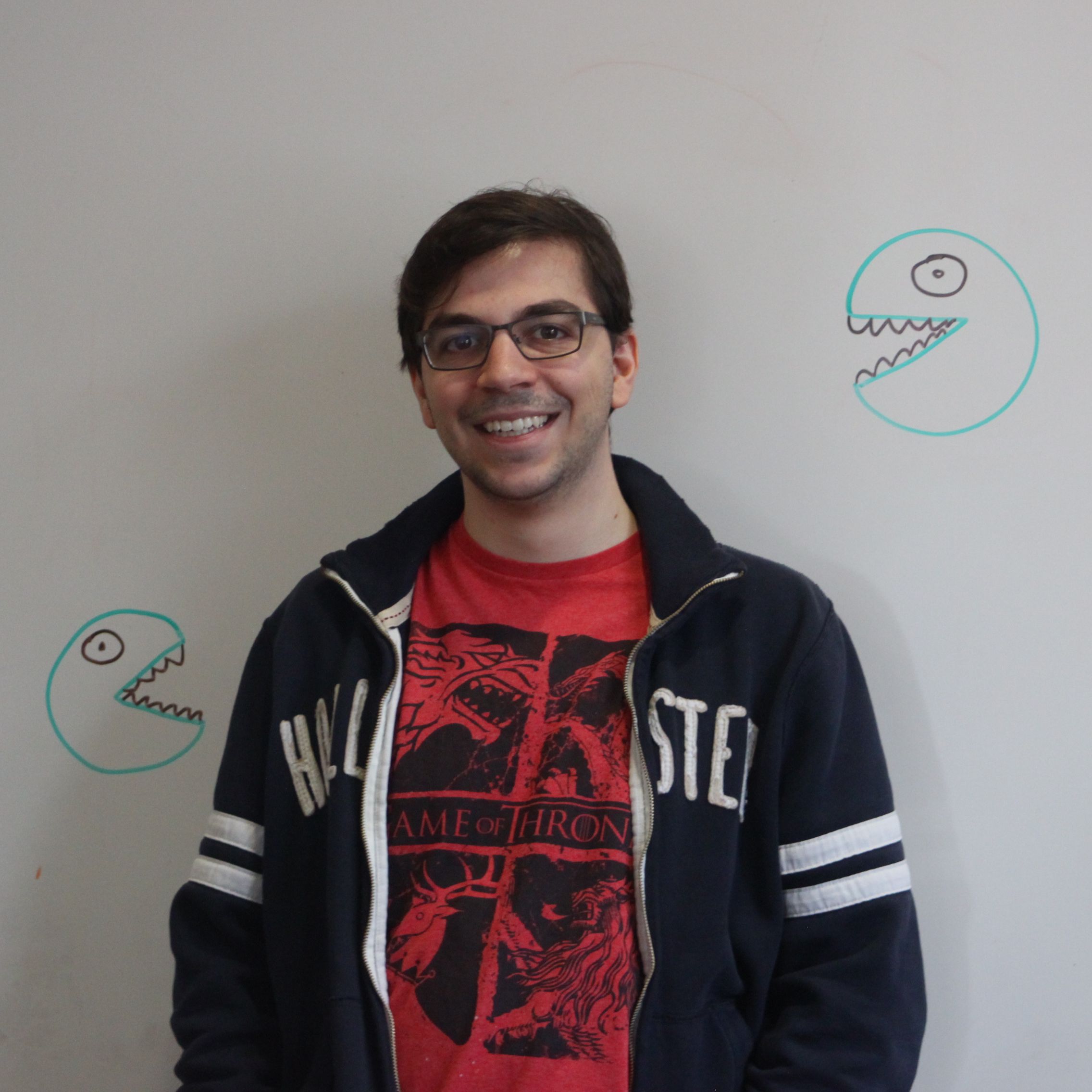 Daniel was born in Revelstoke, British Columbia and eventually moved to Ottawa, Ontario. He completed a bachelors and Master’s in Biochemistry under the supervision of Prof. John Baenziger at the University of Ottawa. He joined McGill in the Winter of 2016 as a Ph.D. student jointly supervised between Prof. Tomislav Friščić and Prof. Karine Auclair. He is currently working on new and exciting mechanoenzymatic reactions. In his spare time, he enjoys playing piano, cooking, graphic design, and learning how to code. 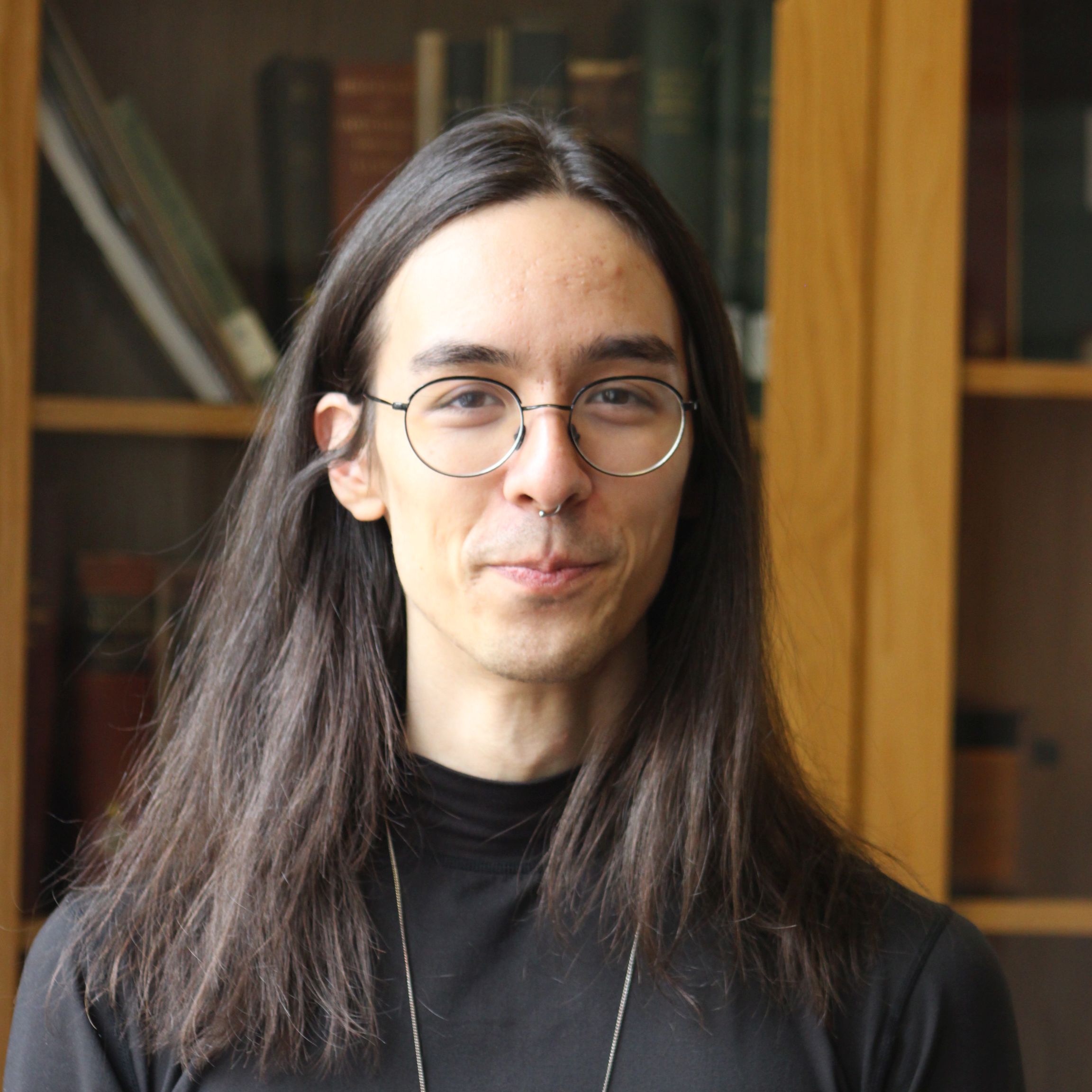 Galen is a graduate researcher with an undergraduate education in Chemistry from the University of Windsor. They joined the group in Fall, 2019, and they're currently studying syntheses of antimony compounds. Outside the lab, they can be found enjoying avant-garde music, archive fashion, and rock climbing in their spare time. 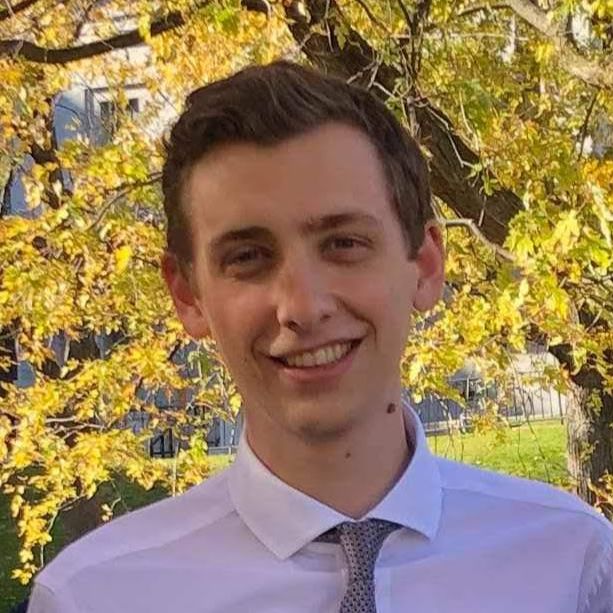 Cameron was born and raised in Montréal, completing his B. Sc. in Chemistry in 2019 at McGill. Having worked with Prof. Friščić throughout his time as undergraduate on various projects, Cameron stayed with the group and is now M.Sc. candidate working on projects examining the role solid-state chemistry can play in various enzymatic-driven reactions, as well as mechanochemical driven metal-oxide material synthesis. In his spare time, he enjoys cooking, hiking, and playing with his dogs. 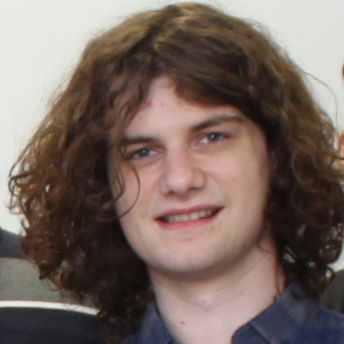 Joe started in the Friščić group in 2016 as an undergraduate, and started his M.Sc. with the group in the fall of 2018. He is from New Jersey, USA. His interests involve the synthesis and characterization of organic and metal-organic solid state materials. 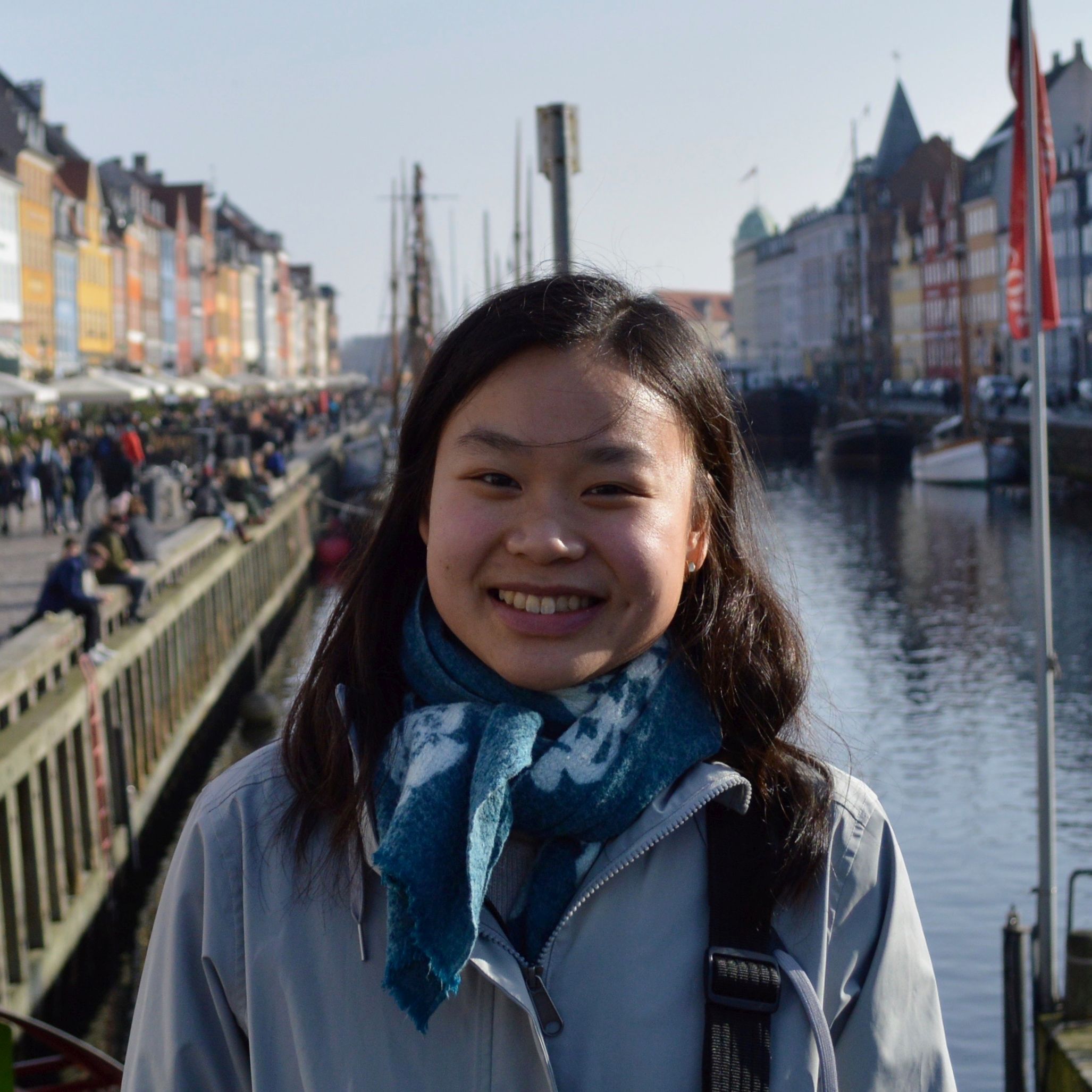 Sophie grew up on the east coast of Canada in Halifax before coming to Montreal to complete her undergraduate degree at McGill University. She is a fourth year Bio-organic chemistry student doing her Honours project with the Friščić group (started in September of 2019). Sophie is exploring the selectivity of simple Schiff base reactions using mechanochemistry and resonant acoustic mixing. In her spare time, she strums a few songs on the acoustic guitar, jogs the streets of Montreal year-round and enjoys cooking and baking with friends. 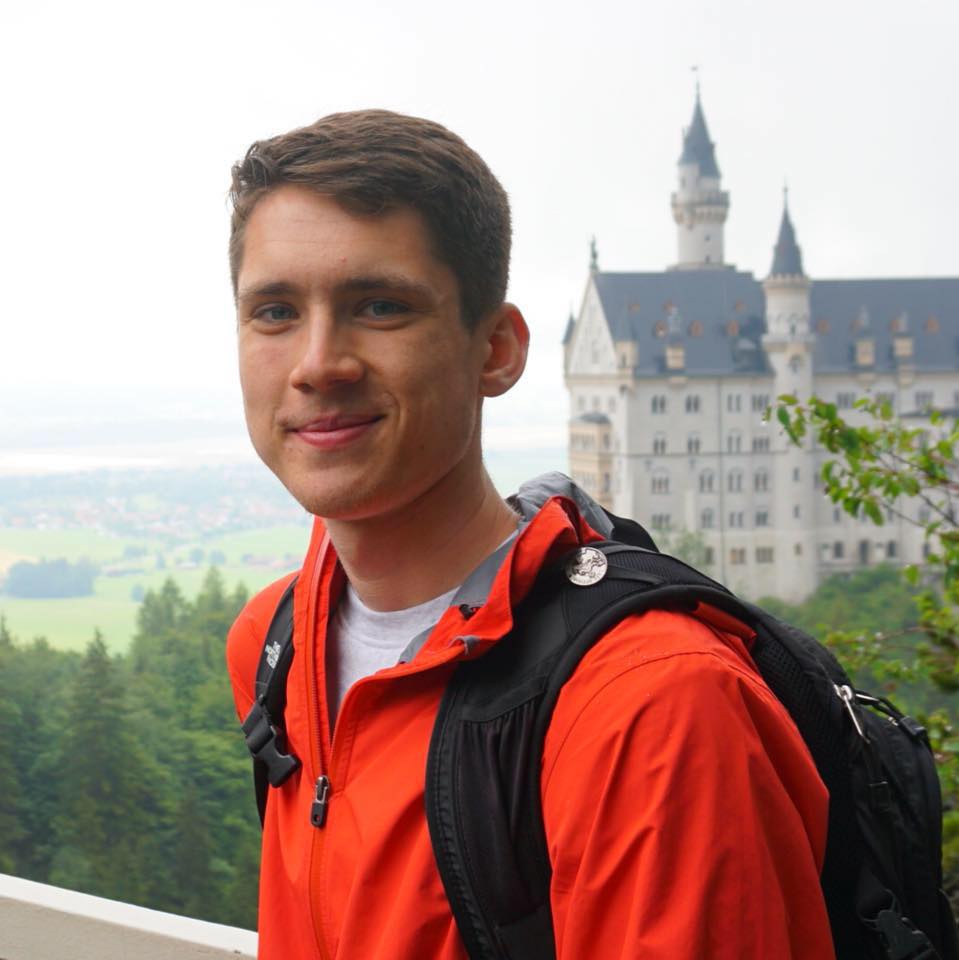 Born in Lithuania, Jogirdas grew up in various parts of the United States. He is in his fourth year of undergrad, working towards a B.Sc. in Chemistry. Since joining the Friščić group in 2018, Jogi has worked on several different projects involving halogen bonded cocrystals, zeolitic imidazolate frameworks (ZIFs), and most recently, lead-based perovskites. In his spare time, he enjoys supporting Liverpool F.C., folk dancing, and making people laugh. 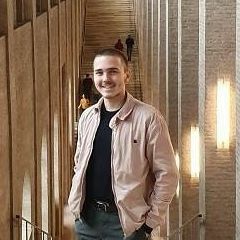 Merlin was born in Mulhouse, France. He moved to Montréal to pursue a B.Sc at McGill and he is currently in his 2nd year. Merlin joined the group in January 2020 and works currently on the synthesis of rare earth based MOFs. His passions are playing the piano, spending time with friends, and reading. 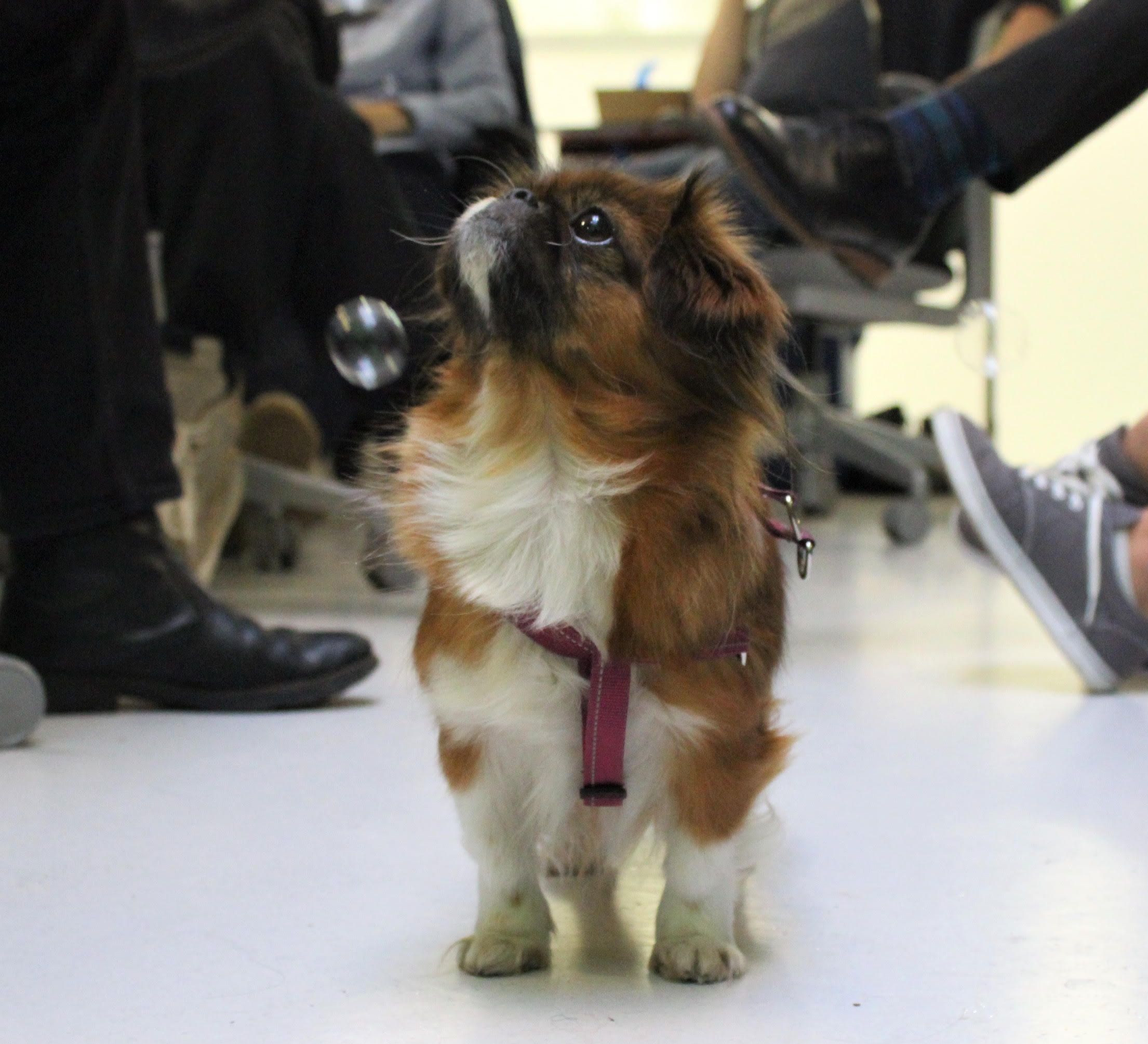 Zizi joined the group in 2016 from Croatia. She has a very diverse research interest, including the study of motion of balls, surface science of floors, social interaction and behaviour. She is particularly fond of group picnics in Park Jeanne-Mance. She is responsible for morale in the Frišcic group. 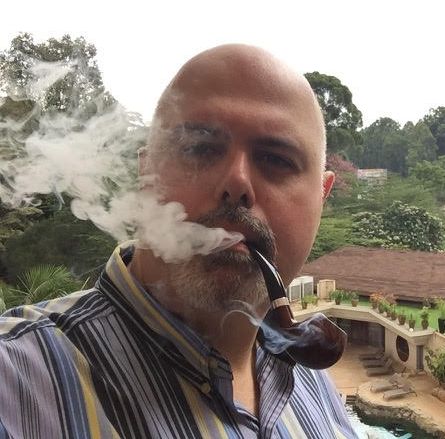 Mazen is a visiting Professor (summer 2019 - summer 2020) from the Department of Chemistry-American University of Beirut, Beirut, Lebanon. His group's research is focused on various theoretical and experimental aspects of reaction-diffusion systems. In particular, they are interested in studying the mechanisms of pattern formation and spatio-temporal dynamics in multi-dimensional precipitation systems. We also developed the reaction-diffusion framework (RDF) to make and control the size and morphology of novel material such as Layered Double Hydroxides (LDH), Lanthanide hydroxides, Metal Organic Frameworks (MOF), Zinc Imidazolate Frameworks (ZIF) and study their potential applications in photocatalysis and adsorption of organic and inorganic pollutants in aqueous media. We have also use RDF to study the solid-state kinetics of polymorphic transformations of various crystalline systems and the dynamics of intercalation and de-intercalation of molecules and biomolecules in layered materials. 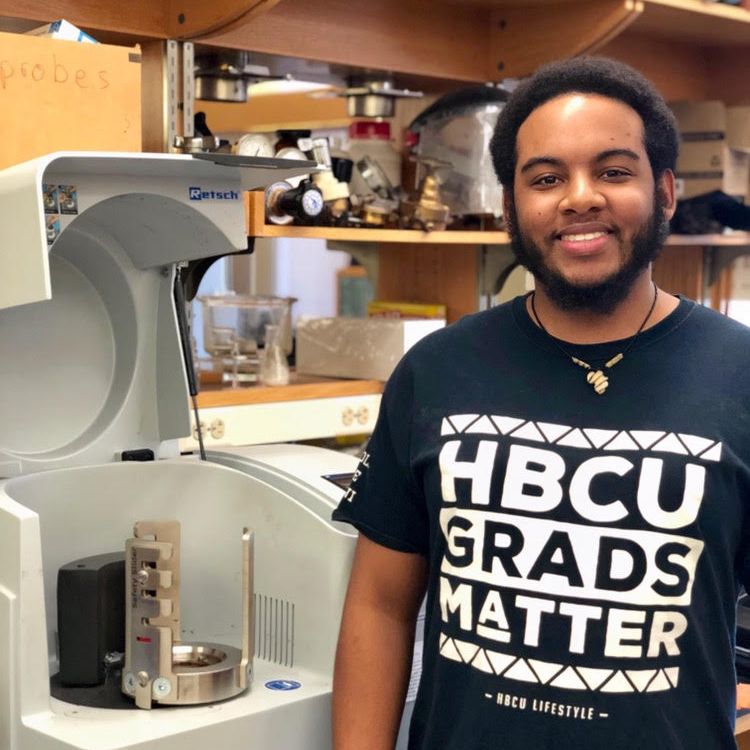 Isaiah received his B.Sc. in chemistry from Norfolk State University (Norfolk, VA) in Chemistry in 2016 and then started his Ph.D. at Vanderbilt University (Nashville, TN) working with Dr. Timothy Hanusa. His projects include mechanochemical synthesis of coordination compounds and more recently he is working on developing a new allyl ligand to replace traditional 1,3-bistrimethylsilyl allyl, which they have worked with for years. Isaiah is a avid video gamer. Also, he is currently a part of the National Organization for Black Chemists and Chemical Engineers (NOBCChE) as the National Student Representative and as a part of the Nashville Area Chapter serving in the role of Technical Committee Chair. Isaiah was a visiting PhD student during Summer 2019.